We are proud to share stories with you, such as Octavio’s, whose world shifted after joining Northwest Association for Blind Athletes (NWABA). As Octavio’s teacher, Brittany Valicoff, says, “Octavio’s confidence and independence have changed in ways that are hard to even put into words since attending Northwest Association for Blind Athletes’ summer camps.”

About four years ago, Brittany met Octavio in an isolated classroom setting, shy and dependent on his teachers and his parents for everyday tasks. Around the same time, Octavio’s parents discovered Paralympic activities in their community. That summer, they took the plunge and brought Octavio to his first summer camp with NWABA. Octavio’s parents were nervous, and so was he at first. It would be his first time sleeping away from home. However, it was an opportunity to step out of his comfort zone and to show his true potential.

After his first summer camp, Octavio returned to school in a general classroom setting. He started to take initiative to interact with his peers. Brittany noticed right away, “he travels independently to all of his classes, has a fantastic group of friends, does chores at home, participates in 100% of his PE class and so much more!” 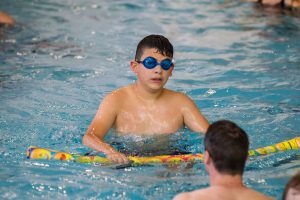 Octavio swimming in the pool during NWABA’s 2018 summer camp

As Octavio continues to participate in NWABA programs and camps, he builds more confidence, social skills, and a sense of self that he did not have before. He has overcome fears and gained the courage to try activities he has never tried before. “I got in the pool and floated…I learned that I am no longer afraid,” he says.

He is also not the only one to notice how much he has changed since joining NWABA. “We see that Octavio is more independent. He is willing to try new things and is not afraid to go on his own.” says his mother, Anabel.

During NWABA’s summer camps, children experience more than the rules of the games, they set and achieve goals, gain the confidence to try brand new activities, make friendships that last a lifetime, and spend a week thriving in an environment designed for them. Camp becomes a catalyst for youth and children to achieve independence, community, and a better quality of life.

“It is the independence they gain while traveling with their fellow campers, the initiative they take to “get ready” in the morning without reminders, the campers they sit next to during every meal because they finally have “a person” whom they connected with, or even when they leave camp and it’s all they talk about for the rest of summer…camp helps shift the lens of expectations, from what we think they can do, to what they in fact did.” – Brittney

THANKS TO INDIVIDUALS LIKE YOU, who support NWABA’s summer camp programming, children and youth like Octavio are provided the tools, resources, and support needed to achieve success in all areas of life. Anabel says, “We feel that he belongs somewhere. It makes our family so happy to participate in events and activities that are Octavio friendly. We would have never believed that our son would be part of a team, part of a crowd that understands him and believes in him; our son is completely a different kid now!”

This year, 80 more campers, like Octavio, will have the opportunity to experience a week full of adaptive sports and physical activities that leads to a lifetime of friendships, the confidence to take on new challenges, and resources to achieve their dreams – but we need support from community members like you. 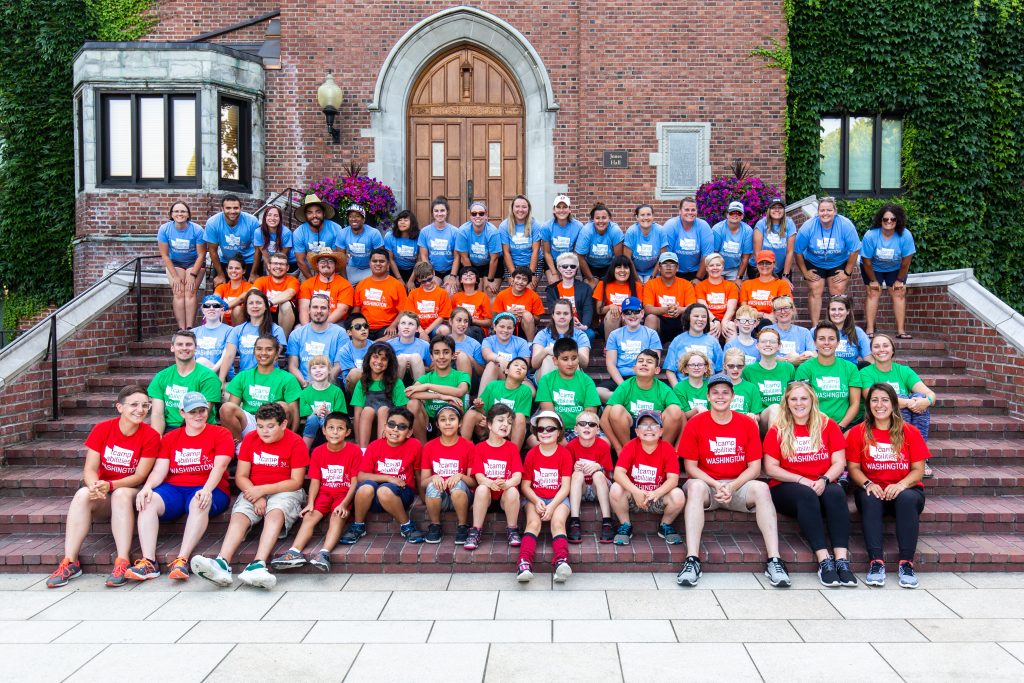 Please help NWABA today reach our goal of $40,000 by June 30 to ensure children and youth who are blind and visually impaired have the opportunity to join NWABA’s summer camp and experience a better quality of life.

Help us reach our goal and donate today!